coderJeff's Home Page and stuff or whatever

jmgui is a Graphical User Interface (GUI) Library intended for use with game programs. The application program interface (API) has been designed around the idea that the GUI could be inserted in to an existing game application with few modifications to the application.

This library is very much still in the development stages but for the most part has moved past the design. It is currently published under the "zlib" license.

If only I would stop experimenting with different supporting libraries, it might actually get finished. Version 0.3 still includes code for supporting MyGL, and YAGL, but those libraries have not been updated for compiling with fbc-0.17.


Below: A screen shot using fbgfx 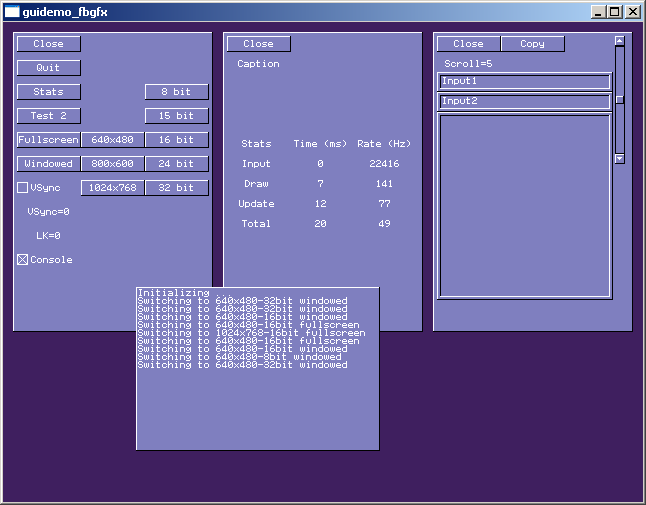